Is your mouth watering from just reading the title?  It should be!  This recipe can be made the night before and served to a hungry crowd.  As with most recipes we make, it’s fairly simple and makes a sweet treat for a special occasion, such as breakfast at Tiffany’s. 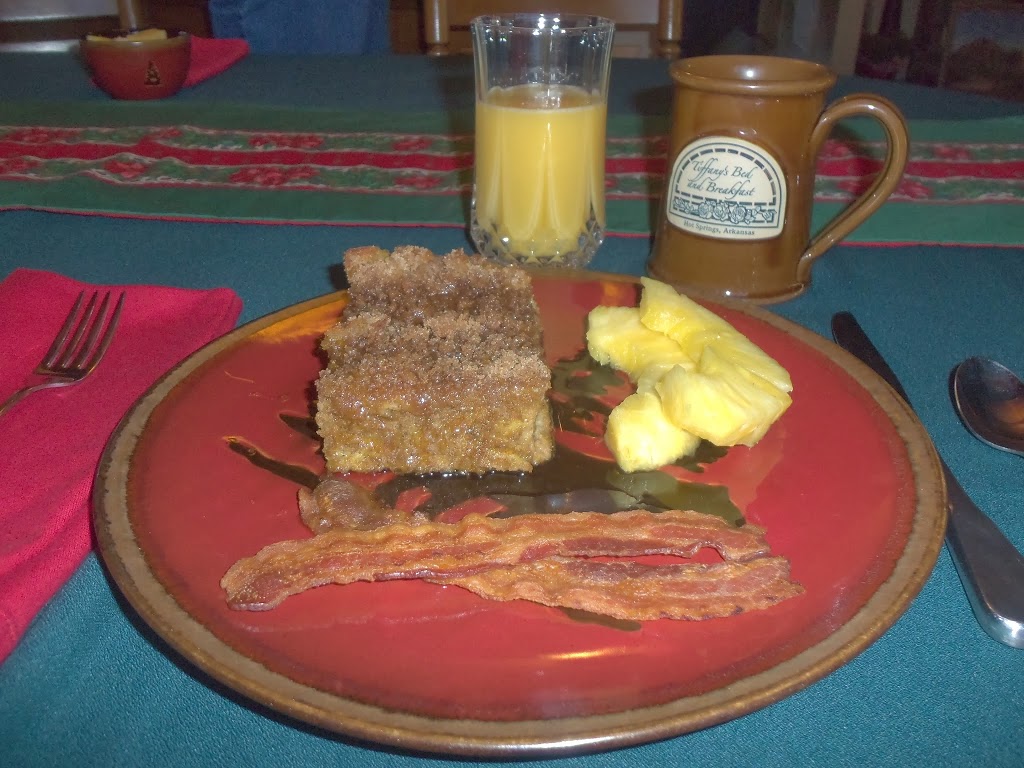 Spray sides and bottom of a 9X13 pan and set aside.  Place bread cubes in a large mixing bowl.

In a separate bowl, whisk eggs together and add pumpkin puree.  Whisk until smooth.  Mix in pumpkin spice egg nog.  Add brown sugar, pumpkin pie spice, cinnamon, salt and vanilla and whisk until combined.  Pour mixture over bread cubes and very gently toss until covered.  Let sit for 2-3 minutes and then toss again, making sure all bread cubes get covered in some of the egg mixture.  Place entire mixture in prepared 9X13 inch pan, cover, and refrigerate overnight.

In the morning, take French toast pan out and set at room temperature while you preheat the oven to 350 degrees.  Uncover pan and sprinkle crumb topping evenly over the top.  Bake for 45-55 minutes, until puffed and golden all over.  Remove and let cool for 10 minutes and then cut into squares and serve with butter and cider-maple syrup.

In a small saucepan combine cider and syrup.  Bring to boiling over medium heat; reduce heat.  Simmer, uncovered, for 15 to 20 minutes or until thickened slightly (you should have about 1 cup of syrup).

Serve warm.  Cover and refrigerate the remaining syrup for up to 1 week.