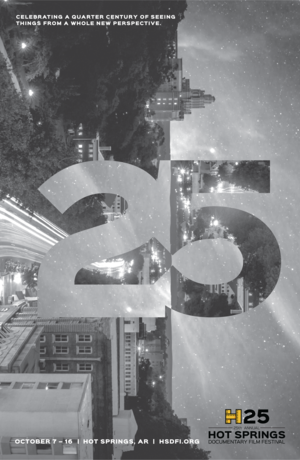 Documentary Film Festival is scheduled for October 7-16, 2016.  The oldest all-documentary festival in North America brings Oscar-qualifying films to the Spa City for 10 days of shorts and features and celebrity guest appearances.

This year’s festival opens with Command and Control, which chronicles the Arkansas Titan II Missile Explosion in 1980.  Ed Asner will close the festivities with a screening of My Friend Ed.  Beau Bridges and Louis Gossett, Jr. will co-chair the festival and will be in attendance on opening night.   Other highlights of the festival will include the return of a late-night screening of The Rocky Horror Picture Show and a special appearance by Barry Bostwick; Ron Howard’s The Beatles:  Eight Days a Week – The Touring Years; Bright Lights:  Starring Carrie Fisher and Debbie Reynolds, followed by a discussion with Todd Fisher; and Maya Angelou: And Still I Rise.

Most films will be shown at The Arlington Hotel, with special events to be held at various locations in downtown Hot Springs.  Ticket prices range from $8 for single films, to $250 all-access passes for the entire 10-day festival.  A full schedule of films is posted on the festival’s website.

Named one of the top 30 festivals in the U.S. by Top Events USA, and “Top 50 Festivals Worth the Entry Fee” by MovieMaker Magazine, the HSDFF promises to make this 25th anniversary the best one yet!  We’d like you to be our celebrity guests during the festival!